skip to main | skip to sidebar

p.s. this is my birthday-ish party 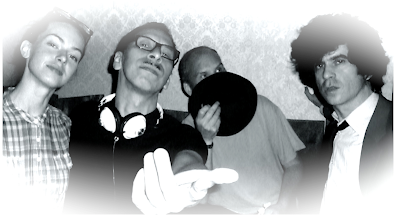 F-R-I-D-A-Y NIGHT October 8th Love will be in the air as Kid Congo Powers and Baby Alcatraz will , by popular demand, return as DJ's at the Velvet Lounge for the Fall Fever Sock Hop! So come shake a tail feather and do The Monkey, The Mashed Potato, The Bug, The Hully Gully, The Pretzel, Shing a Ling, and The Dirty Dog! And if ya gottta Smurf, we'll.... SMURF! Will be spinning crazy old rock and roll, raw soul, Northern soul, Spanish screamers and may stomp out a 70's British glitter rock set with those Chinn/Chapman pounded drums like in Suzi Quatro's "48 Crash" ! So get on yer Slip In Mules and HOP on over to Downstairs at the Velvet Lounge this Friday night ! Let's set it free! Speaking of free, admission is free! The fun starts at 10pm to closing! Bring your sweetie, or find one there maybe! Pass the word along!
The Velvet Lounge
. 915 U Street NW, Washington, DC
Washington, DC
202.462.321
Posted by Baby Alcatraz at Monday, October 04, 2010